For many years, FGS has partnered with the Digestive Disease National Coalition (DDNC) in an effort to represent the viewpoints of Gastroenterologists in Washington, D.C. For over thirty years, the DDNC has provided national leadership on behalf of patient organizations, professional societies, and industry interested in the full spectrum of digestive disorders. The DDNC is highly regarded on Capitol Hill and throughout Washington as an influential and credible resource among committees, staff, and federal executives.

The DDNC has established itself as a leader in representing the interests of the digestive disease community in health care reform legislation. Most recently, the DDNC has worked to establish a Digestive Disease Congressional Caucus, and is currently gathering support for the Inflammatory Bowel Disease Research Enhancement Act (H.R.2275/S.981) which is a follow-up bill to the IBD legislation successfully passed in the 108th Congress.

Each year, the DDNC hosts a Public Policy Forum (PPF) during the month of March, which is held in Washington, D.C. The purpose of the PPF is to go to Capitol Hill and advocate for funding for gastroenterologic disease research and discuss legislation aimed at providing cost effective improvement of healthcare delivery to patients with gastrointestinal diseases.

You can review what has been accomplished at the most recently Public Policy Forum’s here: 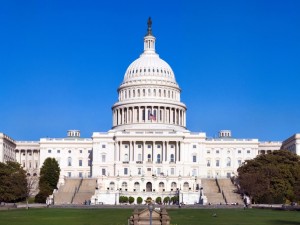 To join the DDNC you can fill out the membership application here.

The House bipartisan leadership has introduced H.R. 2, Medicare and CHIP Reauthorization Act (MACRA). The legislation includes an SGR repeal that transitions physicians to a more value-based payment system, reauthorizes the Children’s Health Insurance Program (CHIP) for two years, and outlines Medicare extenders and structural reforms to the Medicare program. Since the legislation has bipartisan support in the House, the leadership is hopeful that it will easily pass despite some opposition from conservative Republicans over not paying for the entire package. Read more….